Skip to content
Good morning
I hope you are enjoying the sun and enjoyed the weekend of sporting achievements from the British and Irish Lions, Chris Froome during the Tour and not forgetting Andy Murray’s win over Djokovic at Wimbledon on Sunday. For the best exchange rates click here.
Unfortunately the same could not be said for the Pound as a raft of poor data releases through the end of last week and start of the week have caused the GBP/AUD rate to drop off away from the 1.68’s and back down into the 1.61’s at mid-market. The worse than expected Manufacturing Production figures and last weeks announcement from the MPC members have hindered the Pound again most major currencies. Last weeks announcement that inflation will be expected to increase whilst interest rates will remain on hold at 0.5% indicated towards the possibility of more Quantitative Easing (QE) out of the UK in the coming months. As we have discussed before, more QE would reduce the value of the Pound and you could expect a movement of 3-4 points if this was to happen.
Looking across to the Euro area, the Italians are back in the limelight as their second largest investment bank has suggested they are heading for another bailout; high unemployment and austerity measures have prompted many protests and the Banks have now been downgraded again to BBB (UK currently at AA+ with Fitch). 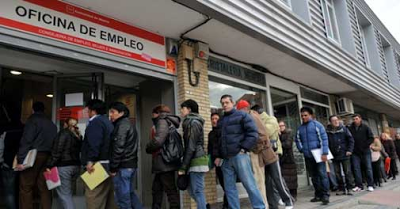 If you are currently looking to buy Aussie Dollars and have either Sterling or Euro’s now could be one of the better opportunities as there are hints we could see further problems out of the UK and Euro area. Don’t get me wrong we might also see further weakness with a reduction in rates by the Reserve Bank of Australia but as we all know currency definitely isn’t an exact science and is notoriously difficult to predict what will happen. Click here to get in contact.
If you exchanged GBP/AUD now you have gained over 13 points since mid-march and nearly 20 points if you are selling Euro’s to Aussies. Is this a good enough gain to take advantage of, and, would it really be worth holding out to see if the rates will move another point or two in your favour whilst risking a movement back down again?
If you are looking to make the most out of your funds or discuss your options when it comes to currency exchange; take the next step and send us a free enquiry and have a consultation on all the options available to you. It’s free, it doesn’t obligate you, and you may be surprised how much you can save by using us to get exchange rates that are up to 5% better than offered by banks. Complete the enquiry form on the right to send a free enquiry now

Recommend us to your friends and family and get a £50 Amazon voucher when they make a transfer.

Recommend us to your friends and family and get a £50 Amazon voucher when they make a transfer.

Scroll back to top